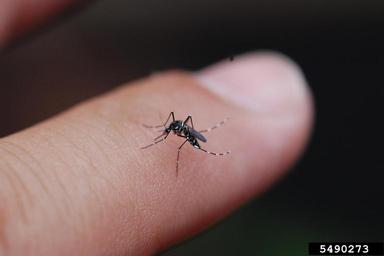 State public health officials in Georgia support an integrated approach for mosquito control. Local officials can contact the Department of Public Health for more information about how to conduct an integrated program in their counties.

A number of published reports suggest that mosquito control programs, and especially those using Integrated Mosquito Management techniques, are needed to reduce the risk of arboviral (West Nile Virus and some other mosquito vectored diseases) transmission at the local level. A study from Michigan indicated that people in communities with no mosquito control program had a tenfold greater risk of West Nile fever/encephalitis than those in areas where mosquitoes were controlled http://www.cdc.gov/ncidod/dvbid/westnile/conf/pdf/Walker_6_04.pdf

A Chicago area study suggested that mosquito control programs made a difference in WNV infection rates. The Des Plaines Valley District, with an intensive program to kill mosquito larvae, had four West Nile fever/encephalitis cases per 100,000 people, while the North Shore District, with a less ambitious program, had 51 cases per 100,000. This study showed that the program with the most mosquito surveillance and best documented larviciding and adulticiding operations had the fewest number of West Nile fever/encephalitis cases (Tedesco, Ruizand and McLafferty 2010).

This is not new information. The efficacy of aerial insecticide applications to reduce the transmission of Saint Louis Encephalitis (SLE) virus was shown during an epidemic in Dallas, TX in 1966. This study presented evidence that infection rate is reduced as a consequence of anti-mosquito measures. Before aerial spraying there was an SLE virus infection rate of 1 in 167 mosquitoes tested. After aerial control operations the SLE virus infection rate was 1 in 28,639 mosquitoes (Hopkins et al. 1975)

So, are small programs important? There was a documented increase in vector populations after the temporary closure of Clayton County, Georgia’s mosquito control program. There was an apparent increase in the risk of West Nile fever/encephalitis based on the presence of increased numbers of vector species and the detection of an early human case of West Nile fever/encephalitis in 2010. There was also a suspected increase in nuisance species and mosquito complaints, although these data were not collected. The Clayton County program has since been re-instated and is administered by Public Works.