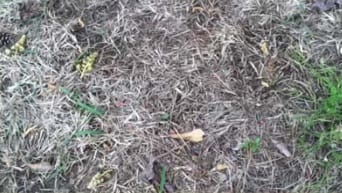 We’ve received many questions regarding grass that has failed to green-up this spring.  With variations among four different warm-season species, multiple climatic conditions, and because of the wet conditions leading to a likelihood of disease, there is much to be said on the topic of “winter kill”.   In many incidents there are circumstances and extenuating factors that make a specific diagnosis difficult. If there were a year for winter kill, after the cold conditions this past winter and early spring, this would be the year for it.

Click here for a brief presentation about Winter Kill.

Dr. James McCurdy at Mississippi State has written a good blog on winter kill in his state, and over the past 30 to 45 days I’ve seen many of the same issues in Georgia so my comments would be consistent with his.