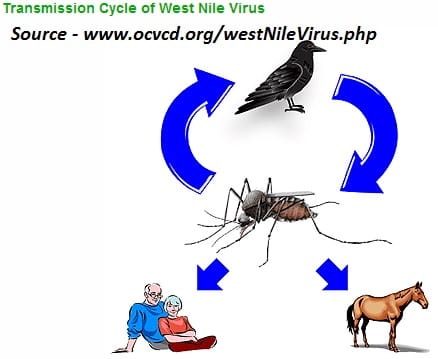 One of the foundations of Integrated Pest Management is prevention, and one of the essential underpinnings of prevention can be regulatory restrictions. If we prevent the introduction of a pest or disease into an area where it does not occur, we avoid the risks associated with the pest or pathogen. Up until fifteen years ago we had never had a case of West Nile Virus in the U.S. So how did West Nile Virus come to North America? Probably someone smuggled in an infected bird that was carrying the virus. The smuggler didn’t think he was doing anything bad; after all, he had paid good money for the bird and wanted to bring it home with him to New York City. What was wrong with tucking the bird into his pants and not declaring it when the agent asked if he was bringing any living animals as he passed through Customs? Once home, the bird was placed in a cage near the apartment window, a local mosquito flew in and sucked a little of its blood, then flew out and fed on a local sparrow. The sparrow became infected with West Nile Virus, more mosquitoes fed on it and picked up the virus, and a few weeks later dozens of birds at the Bronx Zoo dropped dead of West Nile Virus after being fed on by these infected mosquitoes.

Meanwhile people in Queens were developing high fevers, severe headaches, and nerve problems like paralysis. Even though New York mobilized and started treating for mosquitoes, the virus was already established in birds and mosquitoes. West Nile did not exist in the U.S. prior to 1999; since that year mosquitoes have spread West Nile westward through the continental U.S., resulting in over 1,700 human deaths and ten times that many paralysis cases.

There is a reason the Customs Declaration Form that people entering the U.S. fill out contains the question, “Are you bringing with you meats, animals, or animal/wildlife products?”  While we don’t often think about it, animals in other countries can contain pathogens that we don’t have here in North America and that can be lethal to humans or animal life on our continent. If these hosts get moved into our country, the pathogens can rapidly spread to local wildlife and then to humans.

Before traveling outside the U.S., travelers should visit the Centers for Disease Control website to determine which vaccinations and medications are needed for the areas to which they’ll be traveling. It’s important to follow appropriate precautions to avoid insect bites. And people reentering the U.S. should not bring back with them any living animal or plant, meat, or other animal products. The fellow who smuggled in the West Nile-infected bird had no idea that his action would result in the death of over 1,700 Americans, thousands of horses, and countless wild birds.