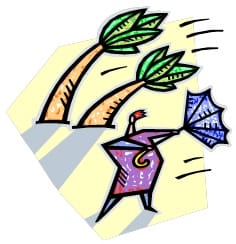 Written by Pam Knox, UGA Agricultural Climatologist, and taken from the CASE website

February 2015 was the second coldest February since 1978, based on preliminary data from National Weather Service stations, rivaling the chilly February of 2010.  Precipitation was variable across the state, although most stations were close to normal.  Two major storms caused significant impacts across northern Georgia in mid- and late February.

The thermograph below (produced using cli-MATE from the Midwestern Regional Climate Center) shows the daily temperature observations for Athens for the last three months to show how much below average this cold outbreak was.

Atlanta and Athens reported daily precipitation records for traces of snow on days which had never experienced snow before: Atlanta reported snow on the 21st, and Athens on the 19th and 20th.

The highest single-day rainfall from CoCoRaHS stations was 3.20 inches in Eastman in Dodge County on February 26, followed by 2.95 inches received southeast of Sylvania in Screven County on the same date. The highest monthly total rainfall was 6.52 inches, observed south of Americus in Sumter County, followed by 6.31 inches south of Senoia in Coweta County.  The highest daily snowfall value was 8.2 inches reported near Rabun Gap on the 26th, and they also had the highest monthly snowfall total of 12.1 inches.

Two winter storms caused problems in northern Georgia this month.  On February 16-17 a storm brought freezing rain, sleet and snow to areas of the northeast, dropping many tree limbs and cutting power to many.  At the height of the storm almost 100,000 people in Georgia were without power.  Many schools closed due to hazardous weather as well as lack of power.

A second major winter storm caused problems across northern Georgia in late February.  The storm was part of a large weather system which brought mixed winter precipitation to areas from Texas to Washington DC. You can read a detailed write-up of the storm from the Peachtree City National Weather Service office athttp://www.srh.noaa.gov/ffc/?n=20150225_heavy_snow. Because of the cold weather this month, no severe weather was reported anywhere in the state in February.

The above normal precipitation in south Georgia increased soil moisture, helping to eliminate abnormally dry conditions in some areas.  The driest part of the state is now in the far north. The cold temperatures caused frost damage to early blueberries in south Georgia.  Estimates of losses ranged for 10-15 percent in areas where frost protection was used to 30-40 percent in areas where it was not.  This is expected to delay the delivery of early Georgia blueberries to markets for one to two weeks.  Small grains have also continued to suffer from the cold conditions.

The outlook for March shows wet and cold conditions may continue into the first half of March.  By mid-month, a major pattern shift is expected to bring much warmer air into the Southeast.