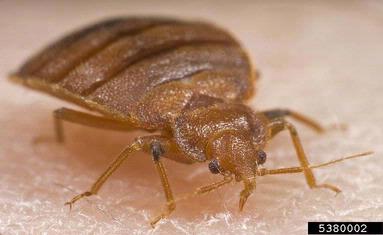 UF research: Typical populations of bedbugs can cause harmful blood loss in humans

For years, bedbugs have been turning up in sometimes odd and random places, such as subways, movie theaters, dressing rooms and schools, but scientists believed that to flourish, the insects would need more frequent access to human blood meals.

Turns out they don’t.

A new University of Florida study, published online this month by the journal Medical and Veterinary Entomology, shows the blood-sucking insects can do much more than survive — they can even thrive — with far less access to human blood than previously believed.

The three-year study also found that it takes only about 11 weeks for one pair of bedbugs to spawn a large enough population to cause harmful blood loss in a baby, and just under 15 weeks for adult humans.