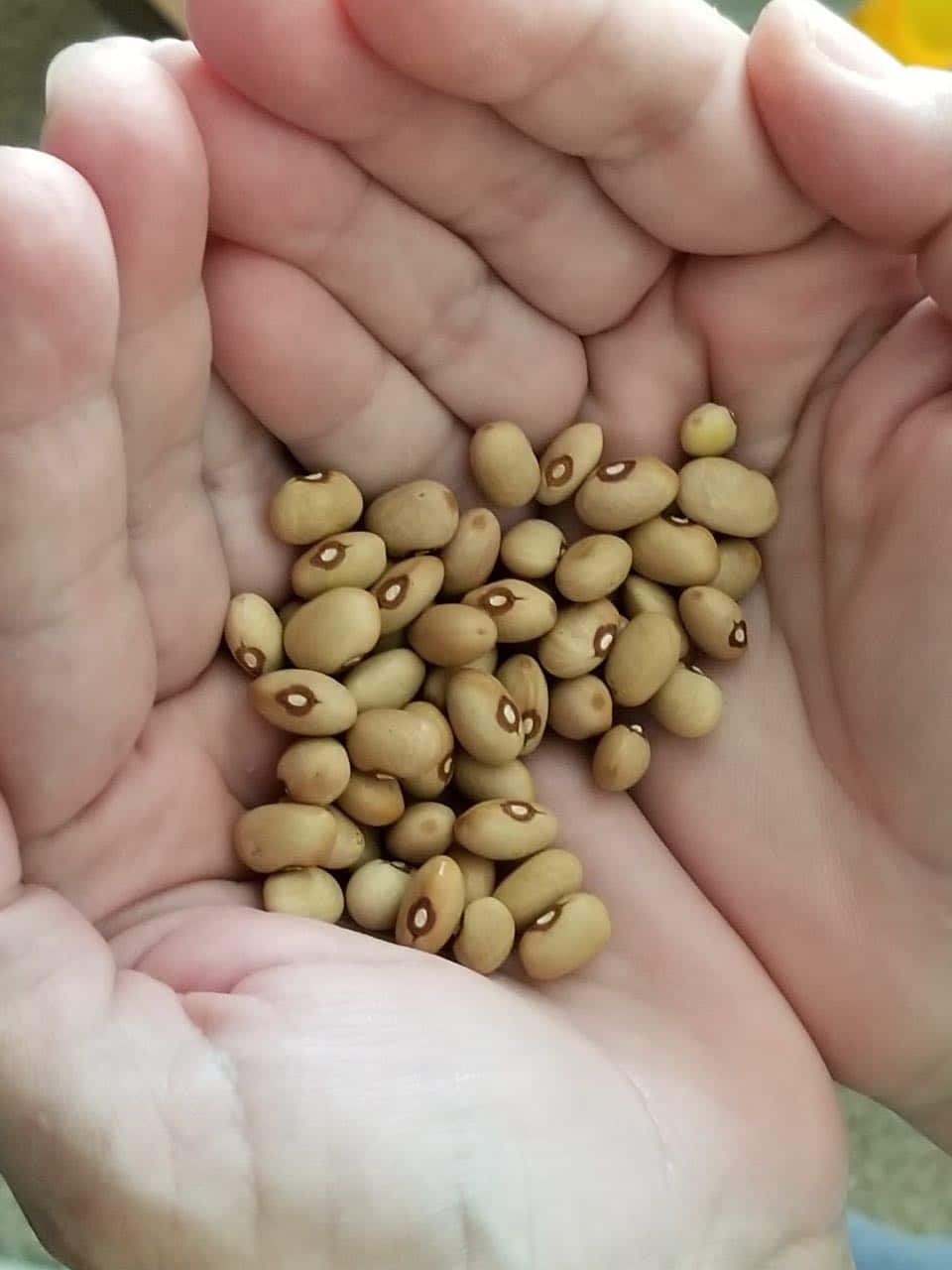 My family hails from deep in the Appalachian Mountains. My mother’s ancestors came with Daniel Boone’s family through the Cumberland Gap and into what is now Breathitt County, Kentucky. My father’s family settled in Pike County, Kentucky, where he grew up at the back of church house holler. I am a McCoy from Hatfield and McCoy fame and like most people from Appalachia I have an heirloom bean seed story.

Beans in these mountains have been grown and handed down for centuries. Most Appalachian beans are cornstalk beans, meaning traditionally they were grown along with tall, open-pollinated corn. The tall corn stalks supported the long, bean vines. As time went on and hybrid corn stalks became shorter, people grew the beans on poles for support and they became “pole beans.”

As commercial beans became popular, large growers bred their beans for a tough outer shell or pod. The tougher shell meant that the beans could better stand mechanical harvest and handling. Appalachian beans are prized for their softer shell and full bean kernels. They have names like Lazy Wife Greasy Bean and Turkey Craw Bean. Eaten fresh or dried for winter dishes, they are family legacies. There are festivals honoring the Appalachian bean all across the mountains where seed swaps take center stage.

My bean seed was given to me by my Aunt Tillie. She received them from her mother who got them from her mother, and so on. My Jonah Beans are more of a bush bean than a cornstalk bean. In my north Georgia home, I can get three plantings of Jonah Beans each season. I generally grow enough for my family to enjoy and to put up a few canned jars. Of course I save seed year to year.

Beans are harvested, strings are removed (usually while sitting on the front porch) and prepared fresh. They are best cooked with a strip or two of bacon and a side of skillet cornbread. Happily, bush beans are a great addition to a community garden plot. They can also be used in school gardens with timely planting.

I am honored to be a keeper of this seed, of this mountain tradition. Planting, harvesting and preparing them is more than just growing beans. It is a way to connect with my heritage and to share that heritage with the next generation. If you are interested in Appalachian heirlooms Bill Best’s book Saving Seeds, Preserving Taste is a fantastic resource full of stories.

That is my heirloom seed story, what’s yours?

Becky is a Georgia Certified Beekeeper and works with community and school gardeners to increase beneficial insect habitat.She is the coordinator of the Great Georgia Pollinator Census, happening this year on August 20th and 21st, 2021.She is also part of UGA's Native Plants and Beneficial Insect Working Group.

2 thoughts on “This is My Heirloom Seed Story. What’s Yours?”