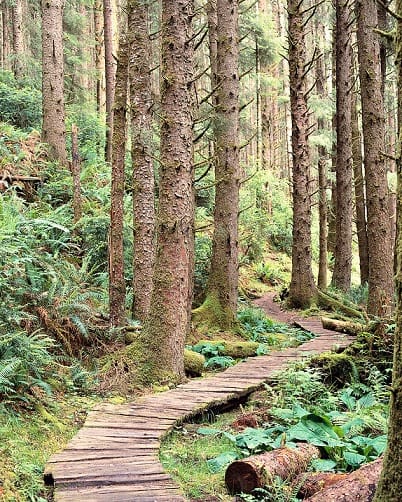 Merritt Melancon, news editor with the University of Georgia College of Agricultural and Environmental Sciences As children get out of school for the summer, many people will be spending time at outdoor camps or just playing in the woods. Unfortunately, in Georgia, just a few summer hours spent outside can mean coming home with red bug bites.

Red bugs are a type of mite. In their larval stage, when they can cause so much itching and torment, they’re called chiggers. They live along the margins of woods and fields and are particularly common in blackberry bramble patches.

It’s a common misconception that they live in Spanish Moss; they actually live in the undergrowth surrounding the trees that support the moss, said Nancy Hinkle, an entomology professor at the University of Georgia’s Department of Entomology.

Unlike ticks or mosquitos, they don’t feed on the blood of their host but rather their victims’ skin cells.

They don’t carry any diseases, but they can ruin a camping trip or a week at summer with the severe itching caused by their bites, Hinkle said.

“Unfortunately, they tend to collect around places where your clothes are tight,” Hinkle said. “Really, it seems to be the more embarrassing the better.”

The itching is caused by a complex set of chemical processes that the mite uses to harvest and eat its host’s skin cells.

The bugs inject a digestive enzyme into the skin to start breaking down the skin cells. Then they form a hole in the skin so they can access fresher skin cells under the outer layers.

The enzymes and the proteins left behind by the bug cause the skin to become inflamed and to itch.

The interesting part of this process is that the mites don’t even want to dine on human skin cells. They’d much prefer to dine on the skin of lizards and rodents.

The red bug itself usually falls off of its human victim within a few hours of biting them because they can’t survive long on a person’s body. By the time the tell-tale red bumps emerge, the bugs are long-gone, Hinkle said.

“Chiggers can survive on us for less than 24 hours ,” Hinkle said. “As miserable as you are, they are doing worse by the time they fall off.”

So stories of redbugs burrowing under skin or being inside the welts they cause are not true.

There are a few folkloric remedies for red bugs, but while most are not really effective, they don’t really hurt either, Hinkle said.

Covering red bug bites with nail polish, hair spray or nail polish remover will not provide any lasting relief from the bites. However, the sting of applying these products to a bite may distract a person from the itching for a while.

“If you want to paint them with fingernail polish, more power to you,” she said. “When the acetone is burning your skin, it will make you feel better for a while.”

“Anything that reduces the itching, Benadryl or hydrocortisone cream, will help,” Hinkle said. “It’s purely symptomatic treatment at that point. There’s no cure once you’ve been bitten.”

Individuals who are going berry-picking or participating in other activities in possibly chigger-infested areas should use an insect repellent containing DEET on their bodies and spray their clothing with a product like Repel Permanone Insect Repellent, Duranon Tick Repellent or Sawyer Clothing Insect Repellent.

Parents of red bug victims and adult red bug victims alike should keep an eye out for secondary infections caused by scratching red bug bites. The bites should stop itching after about a week or so, Hinkle said.