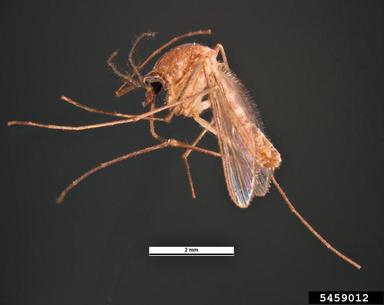 With this winter’s unusually cold temperatures, the question of how these conditions affect insects is sure to arise. It is of little surprise that our native insects can usually withstand significant cold spells, particularly those insects that occur in the heart of winter. Insect fossils indicate that some forms of insects have been in existence for over 300 million years. As a result of their long history and widespread occurrence, insects are highly adaptable and routinely exist and thrive, despite extreme weather conditions. Vast regions of the northern-most latitudes are well known for their extraordinary mosquito and blackfly populations despite having extremely cold winter conditions.