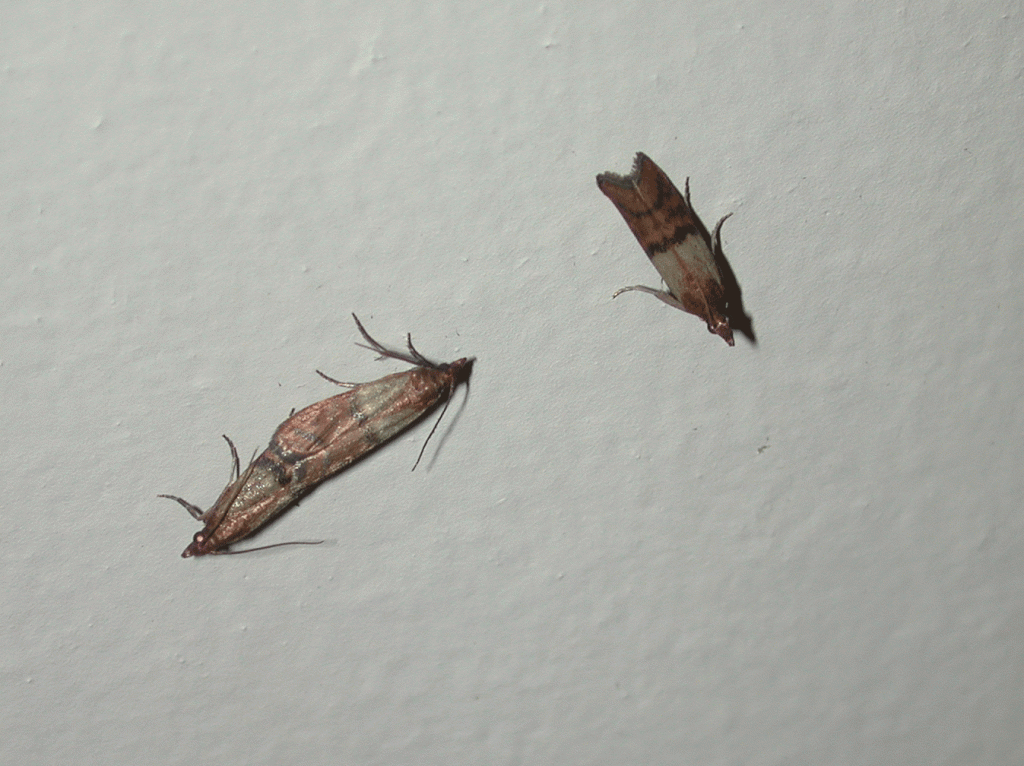 Several dozen insect species infest food and non-food products of plant and animal origin commonly found in homes. Most of these stored product pests are small beetles or moths. Often the first sign of a stored product pest infestation is the sudden, unexplained and persistent presence of numerous insects in a particular area of the home.

The UGA Department of Entomology has an excellent resource for identifying and controlling stored product pests in the home. The following article on Indianmeal moth is an excerpt from this publication. See the entire publication here.

The Indianmeal moth, Plodia interpunctella, is the most common stored product pest in homes, where it infests bird seed, breakfast cereals, and other consumables.

Adult Indianmeal moths are distinctive in appearance. Their wings are bi-colored, and alternate between beige and copper. Moths are most active at dusk, when they can be seen (indoors) flying while searching for mates and food. During the day, moths can be found resting motionless on walls and ceilings, often near their larval food source. Adults are shortlived and do not feed.

Indianmeal moth larvae, just before they pupate, are approximately 5/8 inch long, cylindrical, and dirty-white to a faint pink or green color. Larvae produce visible silk webbing in the items they infest and generally pupate close to the items they are infesting.

Just prior to pupation, larvae crawl away from their feeding site to pupate at the intersection of a ceiling and wall or similar seam within the cupboard, including spaces between walls and shelves and in the tight folds of packaging. Another favorite pupation site is between the corrugations of cardboard boxes. When looking for Indianmeal moths, inspectors should look between a product’s cardboard box and liner by lifting the liner out of the box.

For information on control read these sections of the publication:

Topics in the Stored Product Pests in the Home publication include: 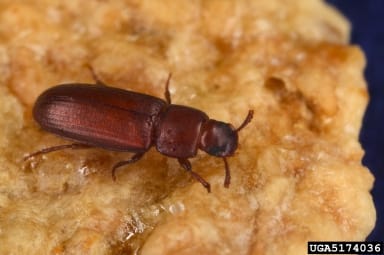