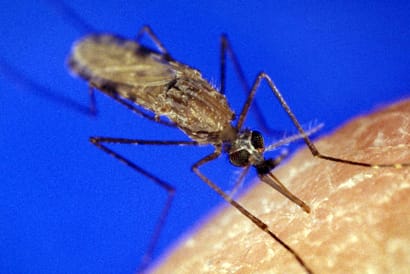 Just like those of humans, insect guts are full of microbes, and the microbiota can influence the insect’s ability to transmit diseases. A study published in PLOS Pathogens reports that a bacterium isolated from the gut of an Aedes mosquito can reduce infection of mosquitoes by malaria parasites and dengue virus. The bacterium can also directly inhibit these pathogens in the test tube, and can shorten the life span of mosquitoes that transmit both diseases.

George Dimopoulos and colleagues from Johns Hopkins University had previously isolated Csp_P, a member of the family of chromobacteria, from the gut of Aedes aegypti mosquitoes, which transmit dengue fever. In their present study, they examined its actions on both mosquitoes and pathogens. The results suggest that Csp_P might help to fight malaria and dengue fever at different levels.