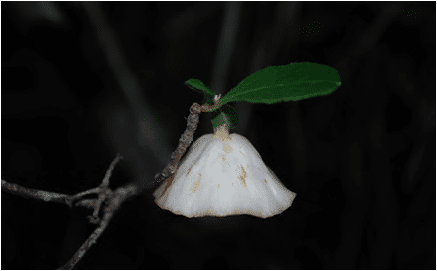 Be on the lookout for fungus affecting native azaleas in Georgia

Dr. Marin Brewer at the University of Georgia is working on a fungus that affects Rhododendron canescens, which is commonly known as Piedmont Azalea, Pinxter Azalea, Wild Azalea, Sweet Mountain Azalea, or Wild Honeysuckle. The fungus, known as Exobasidium, forms a flower-shaped gall from the leaves of the azalea. The galls emerge in April and last into the summer.

If you see these flower-shaped galls on azalea in Georgia or have seen them in previous years please contact Dr. Marin Brewer at mtbrewer@uga.edu. We would like to collect them fresh and record their locations. They have been previously spotted in Florida and Alabama.

3 thoughts on “Watch for and report fungus affecting native azaleas!”