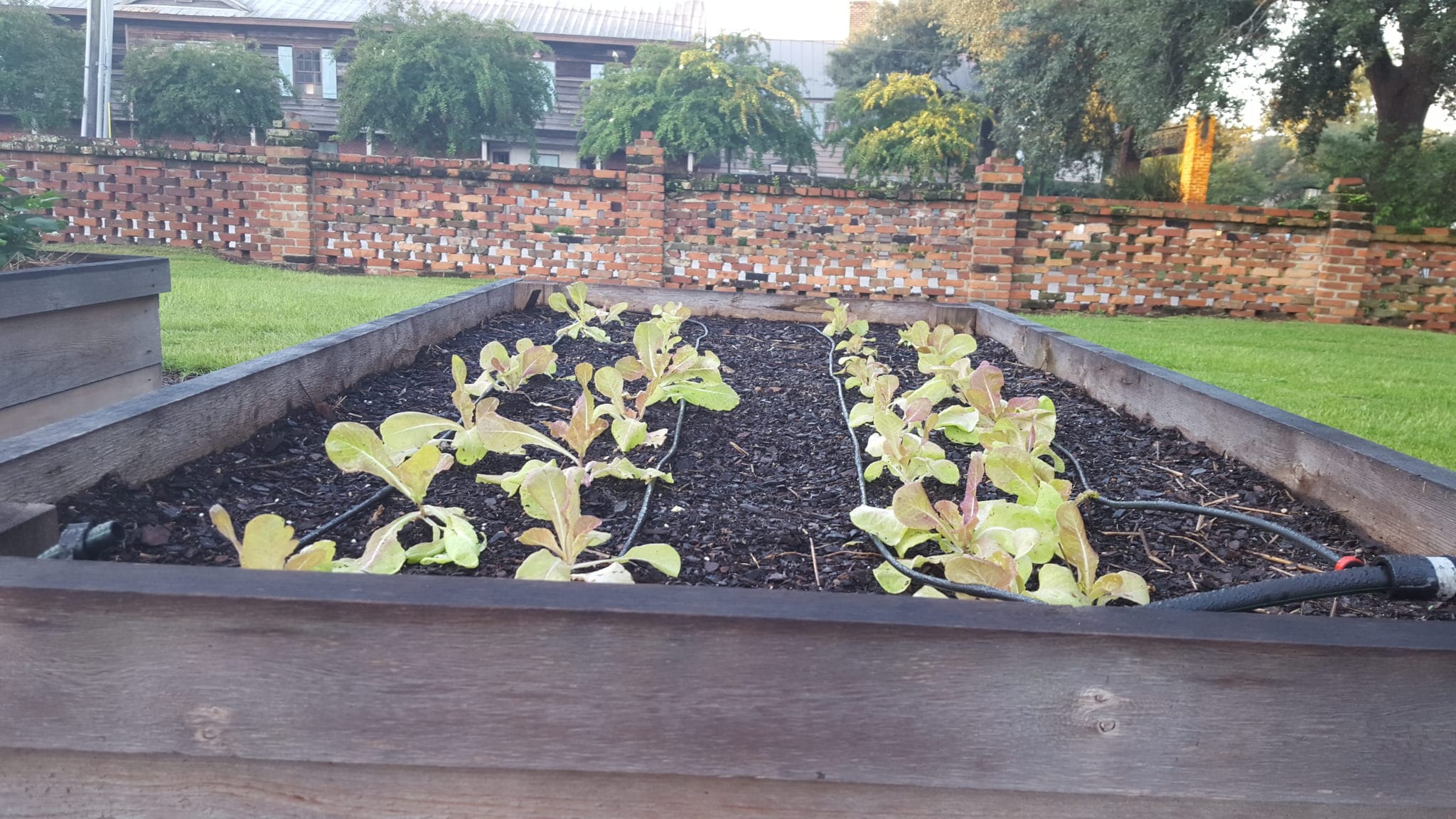 Although the thermometer is rising above ninety on a daily basis and our Georgia humidity is, well, the typical Georgia humidity, it is time to do some serious thinking about your fall garden.

Did you make notes on your summer garden? Making notes about which varieties performed well for you, what pests plagued you, and your overall satisfaction from your warm-season garden will be useful as you plan for 2020. Also, make note of plant arrangement so you can practice crop rotation next year.

Think Green. Fall is the time for lettuce, spinach, collards, mustard greens and kale. Your seed catalogs will show you that there are so many varieties of lettuce that you couldn’t possibly grow them all. Do try a few new ones. They could make a real difference in the taste of your salads. I really enjoy the lettuce variety Drunken Woman! 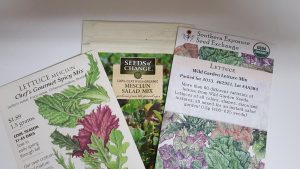 Bush beans can be a part of your early fall garden. A planting of bush beans towards the end of summer may produce a nice crop for you if we don’t get an early frost. Take note of the days until harvest count and look for something in the lower numbers. Look for varieties that are resistant to rusts and keep a close eye on them for pests like Mexican bean beetles.

Don’t forget root crops. Short day onions and garlic are a MUST for any cool-season garden. Plant these root crops as sets and let them go until the spring. It is easy to grow all the garlic you will need for the year by careful planning. Make sure to mulch the crop. 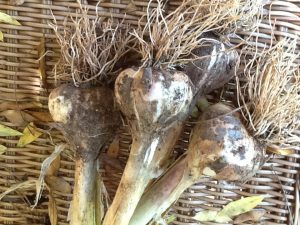 Finally, if you don’t plan to grow a cool-season crop consider growing a cover crop. Cover crops can hold down weeds while enriching your soil. At the very least please be courteous to your fellow community gardeners and clean out your plot, removing plant debris that could harbor pests and weeds that could produce seeds that you will deal with later.

Cooler weather is on the way! Happy Gardening! 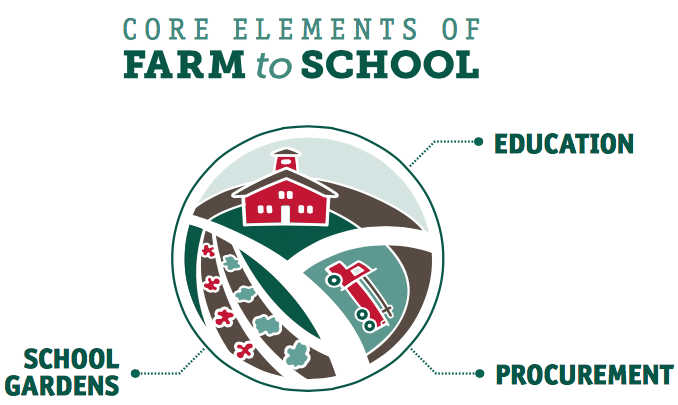 On Thursday, June 27th, a bipartisan group of Congressional leaders introduced the Farm to School Act of 2019 (H.R. 3562, S. 2026). The bill, which is co-sponsored by Georgia’s own David Perdue, will expand funding and opportunities for farmers and educational institutions through the USDA Farm to School Grant Program.

The Farm to School Act would:

Increase annual funding to $15 million and increasing the grant award maximum to $250,000.

The Farm to School Grant program has turned away approximately 80% of qualified applicants due to lack of funds so this new bill comes at a good time. The farm to school movement is truly a grassroots effort. Georgia’s Farm to School Network is made up of several collaborative partners working on school nutrition, farmer opportunity, and school gardens.

This bill goes hand-in-hand with the Georgia Agricultural Education Act (Georgia State Senate Bill 330) which was signed by Governor Nathan Deal in 2018.

It is exciting to see these forward steps in agricultural education. 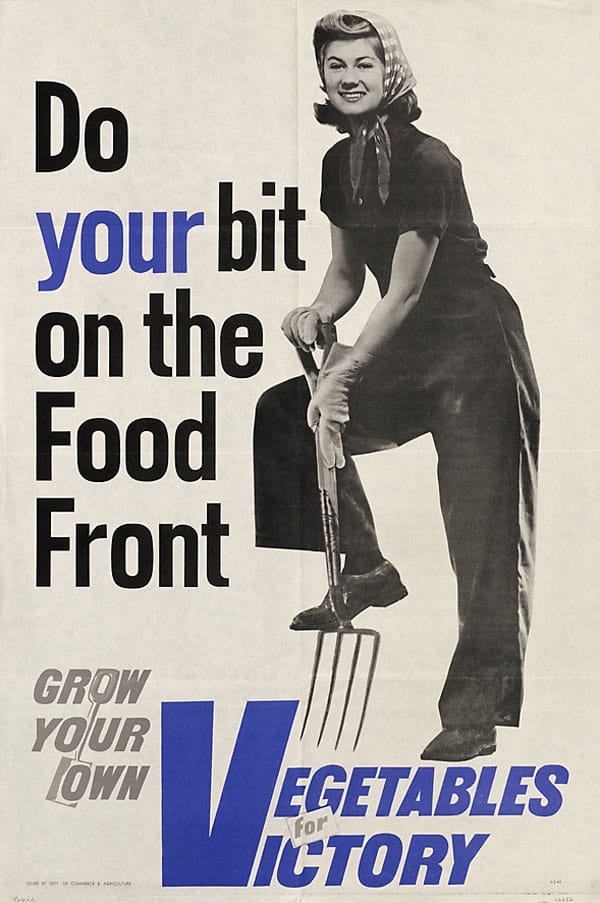 Around the July 4th holiday it is fun to think about our collective American history.  Gardens have always been a part of that. The Victory Garden movement during World War II is fascinating. It is estimated that 20 million Americans did their gardening duty and produced 9-10 million tons of food.  This equated to roughly half the vegetables grown in the US at that time.  This initiative also freed up canned goods for the troops.

Businesses jumped on board this promotion.  One popular Coca-Cola advertisement stated, “There is a Victory Garden in almost every back yard this summer, growing food and vitamins for the family.  The owners are so proud of their vegetables as of their specimen roses or dahlias.  Friends in work clothes come over to admire and compare crops.  They eat tomatoes right off the vine and crunch carrots fresh from the earth.”  The advertisement goes on to say that serving Coca-Cola is the correct hospitality in a Victory Garden.

The US government encouraged Victory Gardens during World War I as well but the movement wasn’t as massive.  This Department of Agriculture and Commerce promotion from that time is almost comical.  Who is this woman suppose to be?  Notice the expression on her face and her very toned arms. Who gardens in sandals?   She is going to have alot of thinning to do if all those seeds germinate. I would like to have a copy of the books advertised at the bottom of the poster:  Write to the National War Garden Commission ~Washington, D.C. for free books on gardening, canning, and drying.

After World War II the interest in home vegetable gardening waned.  It seems people were interested in peacetime activities and conveniences, including purchasing vegetables at the market.

Vegetable gardening is a large part of our American heritage.  From colonial kitchens to victory/war gardens to community gardens to a garden at the White House.  It is great to be a part of it.